DT Eric Johnson is the Versatile DL the Colts Love

The fifth-round pick looks to make a name for himself at multiple positions along the defensive line.

Chris Ballard has long professed his affinity for the defensive line.

Ever since he took over as the general manager of the Indianapolis Colts in 2017, Ballard has been obsessed with building a strong front.

That same thought has not changed for Ballard. He echoed this after the 2021 season, his fifth as the man in charge of the Colts.

“I still believe you win the game up front,” he said. “You have to be good on the O-Line, D-Line. You have to be. You have to get good quarterback play, and then the rest of your playmakers have to do their jobs.”

Focusing on the defensive line, Ballard has consistently talked about having a solid eight-man rotation. A rotation this deep helps to not only keep guys fresh but also prepared in case injuries strike. He expects all eight of these guys to be able to make an impact on game day.

With this in mind, it is no shock that Ballard and the Colts have drafted a defensive lineman every year since 2017. The 2022 NFL Draft was no different.

The Colts used their fifth-round selection this year to take defensive tackle Eric Johnson out of Missouri State with the No. 159 pick. In five seasons with the Bears, Johnson started 47-of-55 games, tallying 131 tackles, 19.5 tackles for loss, 6.5 sacks, two forced fumbles, and three fumble recoveries. He also blocked two field goals and two extra points throughout his college career. 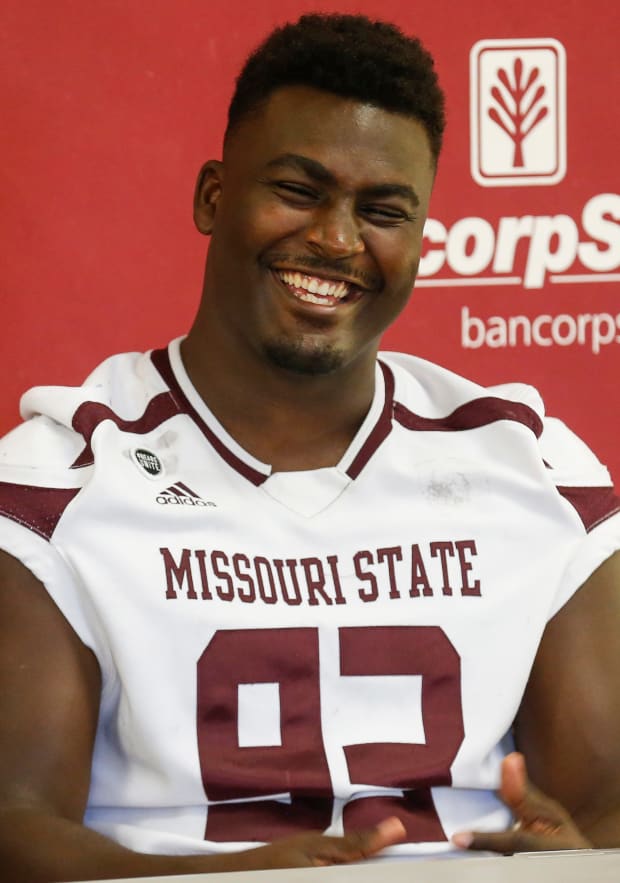 While Johnson played in a school-record 55 games, he was not on the radar of many NFL teams until his final couple of seasons at Missouri State. He had been a starter for almost the entirety of his career but never had the dominating performances to create buzz as a small school prospect. Even Johnson himself wasn’t sure if the NFL was a possibility.

“(Going to the NFL) didn’t really hit me until like later on when I started seeing some success with my coach,” Johnson explained. “He just started teaching me a little bit more, then when I started applying that to my game, I started seeing more of that success. That’s when it kind of dawned on me that the possibilities were there and that as long as I take the opportunity, I could keep going with it.”

Johnson did not receive an invite to the NFL Combine in February, but that did not stop him from making a strong impression before the draft. He participated in both the NFLPA Collegiate Bowl and the Senior Bowl during the pre-draft cycle, giving teams a look at the type of athlete he was.

If you know Ballard and the Colts, they love guys that attend the Senior Bowl. That’s when the Colts first contacted Johnson, and their interest began to blossom.

“Coming from a smaller division, not a lot of people saw more film of me and a lot of people didn’t know me,” Johnson admitted. “That was a good opportunity for teams to be able to see my abilities and how I can play at that type of level. It was during that time, that’s when I started getting more attention from the Colts and started talking some more.”

It is easy to see why the Colts would be interested in the defensive lineman. Johnson stands at 6’4” and 299 pounds with an 83-inch wingspan, one of the longest amongst interior defensive linemen in this class. Durability is also a plus with Johnson, as he did not miss a game his entire college career. 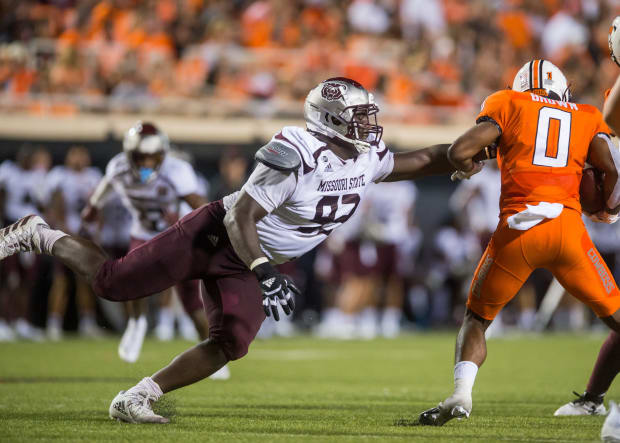 Here is an excerpt from Dane Brugler of The Athletic on Johnson.

Johnson creates a vertical surge with his first step quickness and length, although he needs to use consistent sink for his bull rush to move blockers. His stiffness will show once engaged, but he shows promising handwork to gain leverage on blockers and peak into the backfield. Overall, Johnson needs to develop more consistent pad level and run recognition for the next level, but he flashes phonebooth explosiveness, functional hand use and play range. He should appeal to multiple schemes and is ideally suited as a five-technique or quick-penetrating three-technique.

The thing that drew the Colts to Johnson the most was his versatility. Johnson has experience all along the defensive line, playing nose tackle, three-technique, and five-technique. This position versatility allows the Colts to use him where he is needed and does not limit where he can be along the line.

“If they’re doing a three down, I would be more of a four-tech, close to five or if we’re switching to four it would be three,” Johnson said. “I feel like having me in there, it would be allowing them to be a more comfortable switch between the different schemes and not having to work as much because I could still be in there and play either position.”

For players picked towards the end of the draft, having versatility makes the player a much more intriguing prospect. The Colts could have Johnson play three-technique behind DeForest Buckner or nose tackle behind Grover Stewart. Johnson can also play special teams, as his four blocked kicks definitely stood out to Indy.

Being able to play multiple positions on defense and contribute on special teams helped move the needle for Johnson to be chosen by the Colts. Johnson now has a chance to be a key backup on a group that demands the backups to be ready to play as a starter.

Not bad for a small school kid who did not even have the NFL on his radar just a short time ago.

NFL Leader in Maximizing Player Value Since 1982 | “The best on the field deserve the best off the field!” - Harold C. Lewis, President #NSAFamily #NSABloodline

Mark the date #ChicagoBears fans! Velus will be holding his public autograph signing this October 10th in Streamwood, Illinois‼️

Week 4️⃣ winners for the #NSAFamily!